Go All-In on Black Friday by Choosing to #OptOutside

by Shawnte Salabert 894 views No Comments

In 2015, REI sparked conversation – and a larger movement – when they made the shocking announcement that they would not only close their stores on the Friday after Thanksgiving, but that they would also pay their 12,000+ employees to essentially play outside that day instead. The idea was to encourage people to skip the traditional shopping rush on what’s become known as “Black Friday” and instead spend time outdoors – or, in REI’s now-popular hashtag parlance, #OptOutside. The campaign was so successful – with over 700 organizations and almost 8 million people participating over the last two years – that they’re shuttering their doors once again this year to help more people embrace fresh air instead of shopping carts. 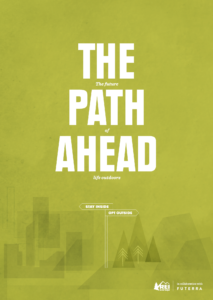 If you’re reading this, you probably enjoy spending time outside, whether that’s for physical, emotional, or spiritual reasons – or a combination of all three. However, the push for people to #OptOutside runs even deeper than the myriad joys of recreation alone. A new REI report titled “The Path Ahead” shares the sobering statistic that “the average American spends 95 percent of their life indoors” and asserts that this moment in time represents a “crossroads” that will determine whether or not humankind can retain – and nurture – our connection to the outdoors before it’s too late.

“The Path Ahead” compares what they refer to as nine “brutal truths” about what will happen if we continue to spend so much time indoors with nine “beautiful possibilities” that an expanded connection with the outdoors can bring. While we suggest you read the report itself for a full understanding, here’s a summary of what’s covered in these nine areas:

While “The Path Ahead” contains a lot of big ideas, the most important takeaway is that you can start small by choosing to #OptOutside on Black Friday and beyond– and by encouraging others to do the same. To begin, you might find inspiration on REI’s own website – not necessarily by browsing through shiny new gear (although that can be fun), but by seeing what other outdoor enthusiasts are up to via a new search engine that allows you to browse Instagram uploads by activity, location, or hashtag. 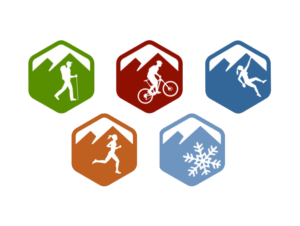 From there, you can dig deeper and explore REI’s Adventure Projects for detailed info on climbing routes, running paths, hiking trails, and bike routes in your area. You can also help encourage others to #OptOutside by registering your own event or activation with REI, as we work to slide the scales toward more outdoor connections for all.